How Long Does Fentanyl Withdrawal Last 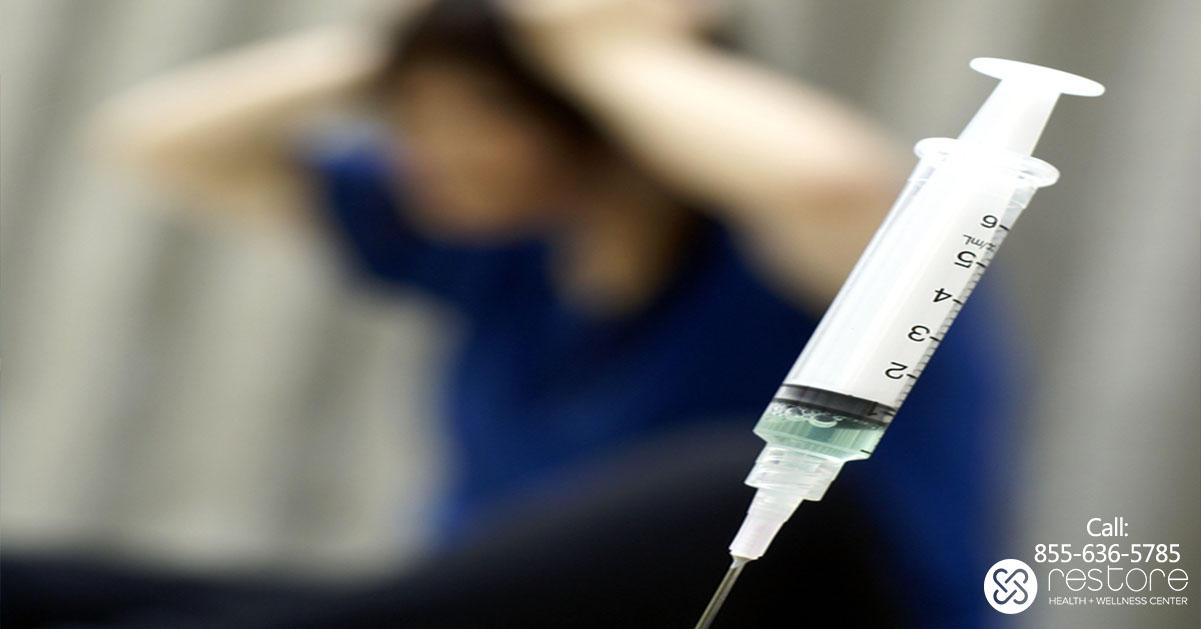 Fentanyl is a powerful prescription opioid, up to 50 times stronger than heroin, and up to 100 times more potent than morphine.

Fentanyl patches are prescribed to patients who experience extreme pain after surgery or suffer from chronic pain syndromes, as well as patients who have already become tolerant to other opioids. If used for extended periods of time or without medical supervision, fentanyl is highly addictive. 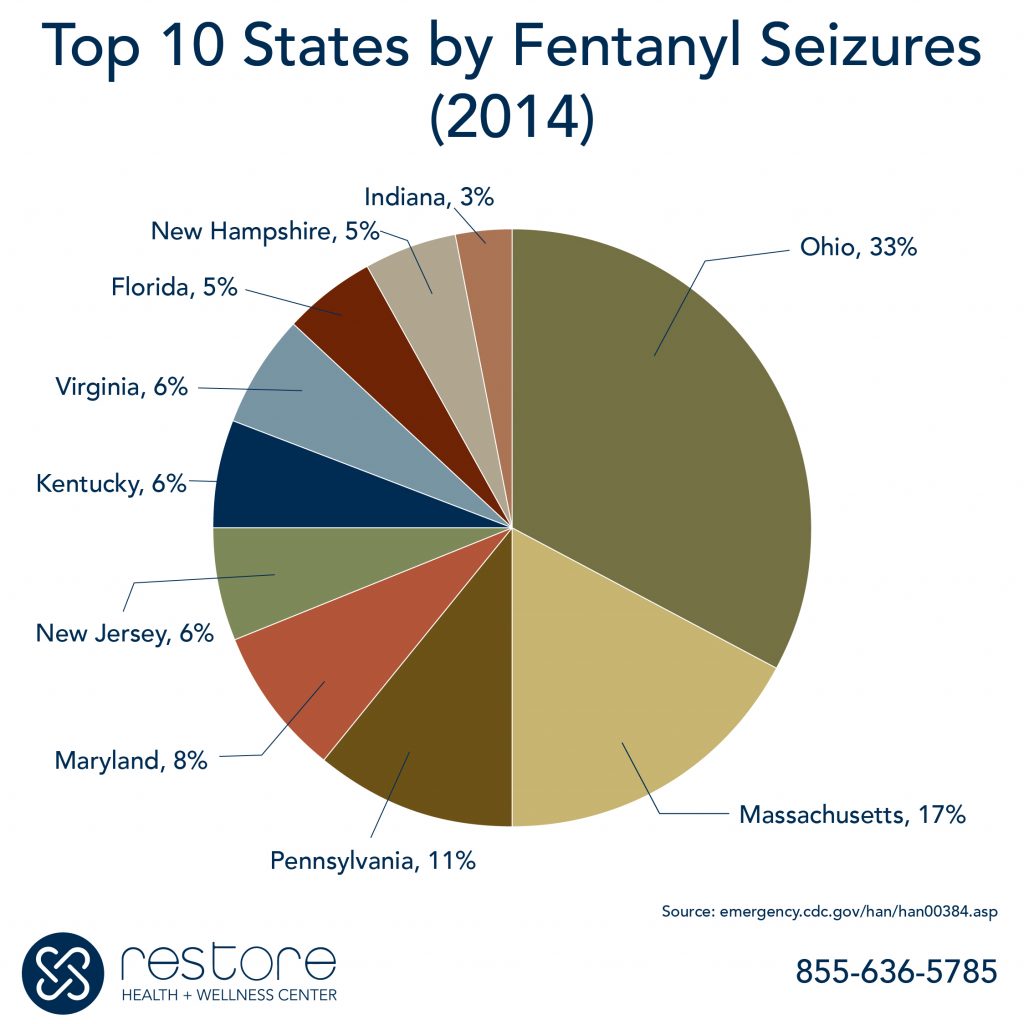 Precisely because it is such a strong opioid, it is not recommended to attempt fentanyl withdrawal without medical supervision. It can lead to serious withdrawal symptoms, which can however be managed in a medical treatment center. Withdrawal should take place steadily over the course of a week, and patients should never cease taking the drug completely on their own.

Some of the more mild symptoms of fentanyl withdrawal include:

The more severe signs of fentanyl withdrawal include:

Withdrawal from fentanyl usually begins 12 to 30 hours after the last dose has been taken.

In its patch form, fentanyl falls into the category of extended-release medications, which means that its effects are likely to increase in the first 12 to 24 hours of wearing the patch, lasting for up to a total of 72 hours. It has a half-life of about 17 hours after the patch has been removed, meaning withdrawal begins about a day after removal.

Typically, fentanyl patch withdrawal treatment lasts between 5 and 7 days, but it can be prolonged to 10 days or more if needed. 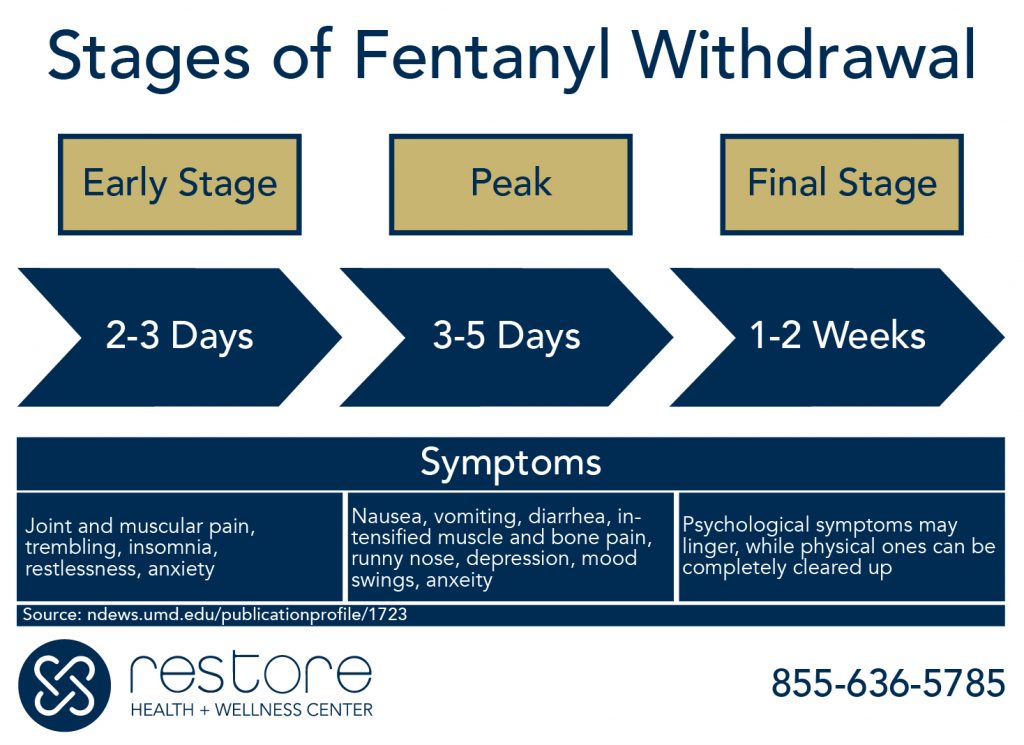 The early stage of fentanyl withdrawal sets in several hours after the final dose is taken. The symptoms characteristic of this stage include joint and muscular pain, trembling, insomnia, restlessness, and anxiety. This first stage lasts for 2 to 3 days when the above-mentioned symptoms peak.

The peak of fentanyl withdrawal lasts for 3-5 days when the physical symptoms become more intense. They will include nausea, vomiting, diarrhea, intensified muscle and bone pains, and a runny nose. This is also the time when the psychological symptoms also intensify, including depression, mood swings, and anxiety. After the fifth day, patients will begin to feel more like themselves.

Withdrawal symptoms will usually cease after 1-2 weeks. While the physical symptoms will completely clear up, the psychological ones may linger, which is why medical oversight is important at this time, to prevent relapse.