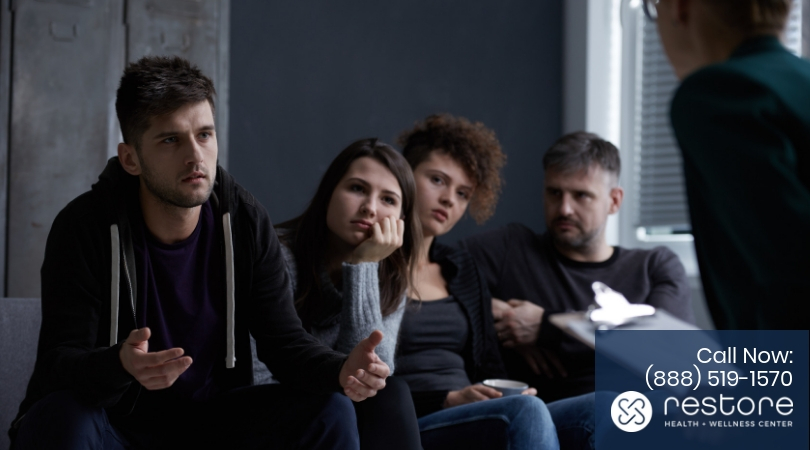 How Fentanyl is Destroying America

The news media is awash with reports of substance abuse these days. It is hard to pick up a news magazine or browse a media site without reading about tragic deaths due to drug misuse. News reports about famous entertainers or athletes dying from drug overdose have become commonplace. Illicit drug use among young people is higher in the United States than in any industrialized nation in the world. A recent phone survey indicates 2.1 million Americans suffered opioid-use disorders in 2016, leading healthcare professionals to look into how fentanyl is destroying America.

In recent years, the synthetic opioid fentanyl has been added to the list of illicit drugs gaining traction in many cities in the United States. The Center for Disease Control and Prevention estimated that about 72,000 Americans were killed in 2017 as a result of drug overdose. This grim statistic is alarming as 66 percent of these cases involved either a prescription opioid or illicit drug. Statistics from the Drug Enforcement Agency (EDA) indicate that over 1,000 people were killed in the U.S. between 2005 and 2007 as a result of fentanyl abuse.

Why a Growing Scourge?

Fentanyl seems to be the recreational drug of choice among drug abusers. Considering the destructive effects of fentanyl on our society, there were reports about medical officials in Cook County, Illinois, responding to 74 cases of fentanyl overdose within 72 hours in 2017.

Access to fentanyl is becoming easier than ever before. It’s easy to order fentanyl from overseas and it’s widely produced in Asia. Another reason is that the drug is often administered in health facilities. As a result, some health workers now have unrestricted access to it. This has made it easier for some health workers to abuse the drug, leading to addiction. In other cases, patients who have been prescribed fentanyl become dependent on the drug after prolonged use.

Fentanyl was formulated to be used as a powerful painkiller. However, abusers of the drug often experience a state of relaxation or ecstasy, which is short-lived. In order to prolong this state of euphoria, abusers often seek out more of the drug, leading to fentanyl dependence. This has become a public health challenge with damaging effects.

Why has fentanyl suddenly overtaken crack and heroin? The drug fentanyl is a synthetic opioid, used as a pain reliever. Medical experts say it is 50 to 100 times more powerful than morphine.  It is usually prescribed for medical conditions that cause extreme and chronic pain.

Due to its ability to counteract the effects of strong pain, it is frequently abused by many and death often arises as a result of an overdose. When combined with heroin, fentanyl causes its users to “feel high.” In this state, many abusers resort to “high risk” behaviors, causing harm to themselves and others.

Fentanyl abuse has many physical and mental side effects. People who have abused fentanyl often experience the following physical symptoms:

In some instances, fentanyl overdose often results in coma, fainting, and death.

Efforts by authorities to confiscate drugs and arrest dealers have increased dramatically, and so has access to supplies of illicit drugs. The fight against the abuse of fentanyl can only be won when the various points of entry into the country are identified and controlled. However, it should be noted that efforts aimed at policing and confiscation do not guarantee 100 percent eradication.

In addition, only a tiny fraction of the drug output is found and confiscated. In many places, the drug is easier to get than ever before. The supply of fentanyl and other illicit drugs spans across borders, hence a cross-border approach is necessary to address its distribution.

The best approach to fighting the fentanyl epidemic is through prevention and comprehensive treatment. At Restore Health and Wellness, we treat fentanyl addiction with a solution-focused and evidence-based therapy approach. If you suspected someone you know of using fentanyl, or are addicted to this powerful opioid yourself, reach out to us for a confidential assessment. We’re here to assist men, women, and families that are affected by opioid addiction across the country. Visit our addiction treatment center in Calabasas at 6918 Owensmouth Ave Canoga Park, CA 91303. 24/7 Admissions (818) 722-9019. On-Site Contact (818) 806-3914.