Drug addiction, whether it be to illegal substances or prescription medications, follows a patterned cycle of abuse, withdrawal, cravings, and further use. Although prescription drugs are effective at treating pain and psychiatric conditions, these medications have a high potential for misuse and abuse, just as illegal drugs do. Prescription drug addiction is a severe problem that has been growing exponentially over the years in the United States. All drugs, including prescription medications, are classified under the Federal Drug Administration’s schedules of controlled substances.

There are currently five drug classifications; Schedule I, II, III, IV, and V. A drug is categorized under one of these five schedules based on its potential to cause dependence. For example, Schedule I drugs, such as heroin and lysergic acid diethylamide (LSD), are banned from medical practice in the United States, due to the class’ extreme potential for abuse and risk for endangerment. However, numerous Schedule II drugs are often used in a clinical setting but are considered to have a high potential for prescription drug abuse. These include mostly opioid drugs, such as methadone, oxycodone, fentanyl, morphine, and codeine. Schedule III prescription drugs, which can produce a moderate physical dependence and a high psychological dependence, include Vicodin and buprenorphine.

Why Does Prescription Drug Abuse Often Lead to Addiction?

Prescription drug addiction begins as a biochemical process, which temporarily increases the amount of dopamine available in the brain. Over time, abuse will alter the neurochemical functioning of the brain’s reward pathways, lowering natural dopamine production levels and resulting in withdrawal symptoms once drug use is stopped.

People often start off abusing prescription drugs for many of the same reasons that illegal drugs are abused: to achieve feelings of euphoria, escape reality, or to enhance the experience of being in a social setting. It is all too common for people to misuse prescription drugs by self-medicating in an attempt to care for mental conditions that have gone untreated.

What are The Signs and Symptoms of Prescription Drug Addiction?

It can be difficult to 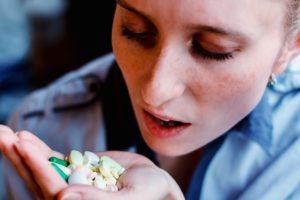 identify prescription drug abuse before a person falls into the relapsing cycle of addiction. At first, a person will likely try to hide their behavior from doctors and loved ones. However, with time, they may start requesting early prescription refills and an increase in dosages, as well as exhibit an overall decline in everyday functioning. Other signs may include irrational changes in mood, taking higher doses of medication, changes in sleep patterns, poor decision-making, and engaging in unlawful behavior. It is important to keep an eye out for these signs, as they can be a significant indicator that a person is abusing or dependent on prescription drugs.

There are several common symptoms associated with prescription drug addiction. These may include:

What are the Most Commonly Abused Prescription Medications?

The most commonly abused prescription drugs that people seek addiction treatment for at Restore Detox Treatment Center are opioid painkillers such as morphine, codeine, Oxycontin, and fentanyl. Opioids create a powerful pleasurable response, which can easily reinforce drug-seeking and drug-taking behavior. Because of an increase in the number of opioid prescriptions written and given out by physicians, the number of people abusing prescription opioids nearly tripled between the years of 1992 and 2012. Due to the alarming statistics on prescription drugs and the increasing demand for effective treatment, we have further developed and enhanced the productivity of opioid addiction treatment programs offered at Restore Drug Rehab LA.

Opioid addiction is occasionally treated by transferring the patient onto a safer, more controlled dose of another opioid, such as methadone or buprenorphine. The dose is maintained for the appropriate period of time, determined by a physician, before being slowly tapered down over the course of several weeks. 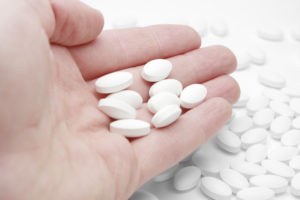 Central Nervous System (CNS) depressants, sometimes referred to as sedatives, is a category of drugs that contain many popular prescription medications abused today, such as Xanax, Klonopin, and Ativan. Although these have shown much success in treating anxiety and panic disorder, long-term use can result in a physical addiction and strong psychological dependence. Cessation of use after consuming high doses for a long period of time may result in seizures. Abruptly stopping the use of benzodiazepines can be dangerous, and therefore, doses may sometimes be tapered in a slow and controlled manner in detox under the supervision of addiction professionals until the patient no longer displays signs of a physical dependence. An alternative strategy is to switch the patient to diazepam – a benzodiazepine drug which is absorbed more slowly in the body – and then to slowly taper the diazepam dose.

Stimulants such as Adderall and Ritalin carry the risk for abuse and addiction as well. These drugs are often used for non-medicinal purposes, such as an energy boost or to enhance the experience of partying. Stimulant abuse is usually seen among college students. Stimulants abuse can lead to both a physical and psychological dependence, though a physical addiction is subtle when compared to a psychological stimulant dependency. Still, when breaking the body’s physical attachment to stimulants, withdrawal can cause symptoms of depression and even suicidal thoughts. Regularly speaking with a therapist, attending community treatment programs, and taking antidepressants can help prevent a relapse.

Recognizing the existence of a substance use disorder and accepting the need for help from a certified prescription drug rehab facility is the first and most important step of any successful recovery. Restore Drug Treatment LA is dedicated to helping people who seek treatment by assisting them in learning how to overcome their addiction and keep from relapsing in the future.