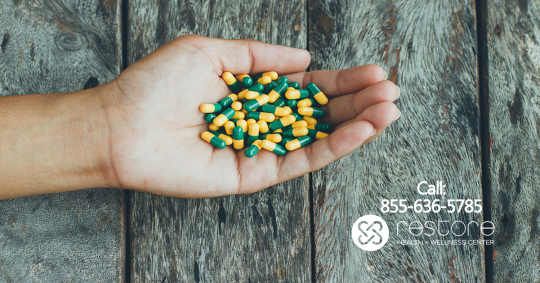 In recent years, public health concerns about the overprescription of prescription painkillers has led some doctors to avoid prescribing drugs like OxyContin, Vicodin, and Codeine to their patients. Instead, many healthcare practitioners have turned to another opiate, Tramadol, due to it’s reputation as a ‘weaker’ drug with less potential for addiction and withdrawal than other painkillers.

However, despite its relatively rosy reputation in the medical community, many patients are saying that Tramadol is far more addictive– and it’s withdrawal symptoms are far more intense than many doctors seem to believe. So, what’s the truth about Tramadol? Let’s take a look.

Why Tramadol May Actually Be More Addictive Than Other Opiate Painkillers

Like other opiate drugs, Tramadol binds to the brain’s opiate receptors to reduce sensations of pain in a patient’s brain and body. Unlike other opiates, however, Tramadol also relieves sensations of main through another mechanism; inhibiting the reuptake of neurotransmitters serotonin and norepinephrine, which temporarily boosts the brain’s level of these vital chemicals. Much like SSRIs, (which are commonly prescribed as antidepressants,) Tramadol is designed to help change the way the brain interprets information– and in this case, pain. Unfortunately, this additional mechanism often leads to additional side effects for users of the drug.

Tramadol’s effect on serotonin and norepinephrine reuptake may be the reason why a certain group of the drug’s current and former users say that they’ve experienced unique psychological side effects while withdrawing from Tramadol. In many cases, these atypical symptoms are similar to the reported withdrawal effects of some SSRIs.

The Importance of Tramadol Addiction Treatment

Due to the drug’s unique withdrawal symptoms, an effective Tramadol withdrawal treatment program will often involve significant therapeutic counseling and/or psychological treatment. Many experts have found that Cognitive Behavioral Therapy (CBT) is a particularly effective treatment method for those who suffer from Tramadol addiction. CBT can help patients understand the root causes of negative thoughts and feelings and learn how to take constructive actions toward self-healing.

In addition to psychological treatment, a comprehensive Tramadol withdrawal treatment program may also involve psychiatric medication, especially if a patient is experiencing symptoms like strong anxiety and depression, paranoia, or hallucinations in addition to traditional opiate withdrawal symptoms like shaking, sweating, restlessness, and insomnia. In some cases, SSRI or SNRI medications may particularly effective in alleviating these symptoms, as they respectively prevent the reuptake of the neurotransmitters serotonin and norepinephrine, (just as Tramadol does) but do not have the addictive properties of Tramadol and other opiates.

If you or someone you care about is addicted to Tramadol, it’s time to get them the help they need. While it’s true that Tramadol is traditionally considered to be less addictive than other opiates, that doesn’t mean it’s safe. In fact, Tramadol’s psychological properties make it an incredibly challenging drug to withdrawal from– and no one should have to do so alone.

At Restore Health and Wellness Center, our individualized drug rehab programs approach addiction treatment from many angles– helping to restore a patient’s physical, emotional, and spiritual health in a caring, community-based environment. At Restore, we help our patients learn more about themselves in order to understand the source of their addictions and make powerful, purposeful and positive changes in their lives. Visit our drug rehab center in Simi Valley at 6918 Owensmouth Ave Canoga Park, CA 91303. 24/7 Admissions (818) 722-9019. On-Site Contact (818) 806-3914.