What Are the Early Signs of Alcoholism in a Loved One? 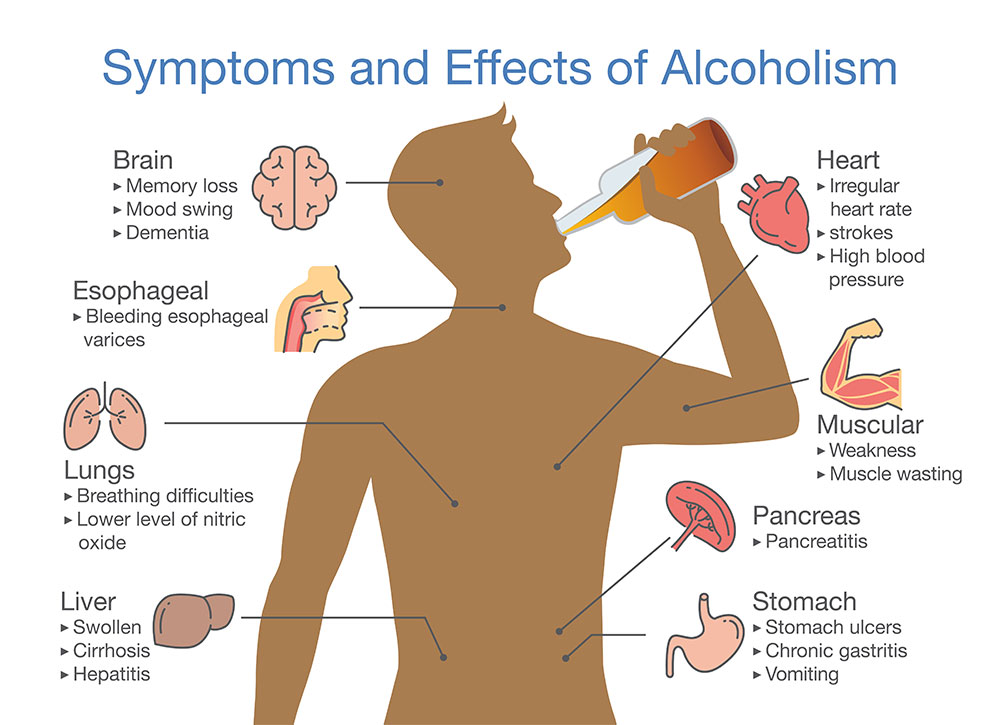 Over 32 million Americans are addicted to alcohol. All in all, some 2 billion people imbibe alcohol on a regular basis, with at least half of that number engaging in detrimental drinking activities. Likewise, a solid 10 percent of U.S. citizens are already addicted to alcohol. Even more alarming is how little professional help alcoholics receive. On average, nearly 700,000 U.S. citizens enter treatment for alcohol. Many experts attribute these dismal numbers to our collective cultural failure to recognize the signs of alcohol addiction. Instead of encouraging people to seek treatment, we ignore the signs and joke around at their expense.

While putting together a list featuring every single sign of alcoholism would certainly be an impressive feat, it is also inherently impossible. Fortunately, scientists around the globe have pooled their research data in order to establish several major indicators of alcoholism. After a bit of research, we decided to compile a list addressing some of the early warning signs of alcoholism. Though far from complete, it does contain some valuable insight.

The Indicators Of Alcoholism

The most obvious indicators of alcoholism typically fall into two primary categories: social and physical. Social warning signs of alcoholism are usually very easy to spot, at least as much as physical warning signs and far less difficult to spot than emotional indicators. Social signs include frequent trouble with the law, habitual lying, consistent justification of their own drinking (i.e., excuses), jumbled priorities, friendship bonds formed due to drinking, social isolation due to drinking, and slipping social performance.

Physical warning signs are fairly cut and dry. The tricky part is that many of them are also pretty standard behaviors for non-alcoholics. However, be sure to pay attention in the event of any red flags.

Red flags include consistently drinking more than intended, high alcohol tolerance, memory loss, constant involvement in risky or dangerous situations, daily drinking, and drastic changes in physical appearance. Don’t worry if all of this seems slightly overwhelming, we will expound in more detail below.

Alcohol makes it very difficult to keep one’s priorities straight. This is largely due to the fact that, for alcoholics, drinking quickly assumes the top priority in life. Drinking responsibly means consuming once other tasks are accomplished, not during or in lieu of them. Simply put, alcohol should not be a top priority in the life of a non-alcoholic. If it’s standing in the way of basic responsibilities, odds are you need some help. Examples include ignoring friends and family because of your drinking habits, digging into your savings for alcohol money, and privileging alcohol over responsibilities like going to work. It can also include drinking in lieu of social events and supplanting regular hobbies with drinking, even if the drinking in question is not severe.

Frequent Trouble With The Law

One of the most obvious warning indicators of alcoholism is legal trouble related to drinking. Things like being arrested for public intoxication, criminal charges due to being drunk, and DUI/DWI. Essentially, getting into legal trouble as a result of your drinking is a good indicator of unhealthy drinking habits.

Constantly lying about your drinking habits is a stark indicator of alcoholism. Why would someone who is not at risk of alcoholism feel the need to hide their drinking from others? This also feeds into making excuses and decaying personal relationships.

Drinking excessively negatively impacts personal relationships that were not formed as a result of drinking. If you notice your loved one is neglecting their family or usual group of friends in order to drink, they may have a problem.

On the other hand, drinking excessively can result in unwarranted aggressiveness such as irritability and abusive behavior. This aggressiveness can be directed outwards or inwards, so pay attention to how your loved one treats themselves, as this is usually a bit more subtle.

All Of Their Friends Are Heavy Drinkers

If your loved one is neglecting their family and usual friend groups to go drink with others, this is likely a problem. Lasting friendships are built over time, not as an immediate result of self-destructive hedonism. If you notice that your loved one is consistently involved with people who drink excessively, it may be time for a talk.

They Drink Heavily When Alone

The polar opposite of the previous sign, drinking alone typically carries much darker implications than drinking with others. Drinking in isolation is a strong indicator of alcoholism. This doesn’t apply to one-off emotional situations such as breakups or celebrations, it’s more habitual and repetitive. A good example is someone who comes home every night and drinks alone for no reason.

How is your loved one’s school or work performance? If you notice they are drinking instead of studying, going to work drunk, or straight-up drinking on the job, it’s time to seek help.

Does your loved one consistently drink more than they intend to? If so, this may be a sign of alcoholism. This doesn’t apply to that one celebratory night where they ordered one beer too many, it’s when they have made a habit of drinking until they blackout or someone has to take the bottle away. Alcoholics are impervious to normal drinking limits, making this one of the strongest physical indicators of a future alcoholic.

Building a tolerance to alcohol means your body has become accustomed to it. Those who have developed a higher tolerance are more likely to be alcoholics. So it may be a sign if you notice your loved one has to consume three 40s of beer just to get buzzed.

Drinking induces memory loss. Blacking out as a result of drinking means the afflicted person has consumed enough to induce amnesia and is well on their way to becoming an alcoholic. Many alcoholics eventually experience different forms of amnesia later in life.

Drinking alcohol in risky or dangerous situations, such as drinking and driving, is simply unacceptable. In addition to endangering yourself, you are endangering the lives of others. Beyond that, drinking in secret, sneaking alcohol into social functions, and similar behaviors are all warning signs of future alcohol addiction.

Is your loved one drinking every day? Even one or two beers on a daily basis can be a warning sign. Consuming alcohol every day is a sure sign of rapidly-developing alcoholism.

If you notice your loved one is severely lacking in the hygiene department as a result of their drinking, this may be an early sign of alcoholism. This is one of the more obvious indicators and usually a good way to identify if any other warning signs are present.

Restore Health and Wellness Center is an accredited and licensed drug and alcohol rehabilitation center. We provide comprehensive addiction treatment for alcoholism, drug addiction, co-occurring disorders, and more. If you suspect you or a loved one is exhibiting signs of alcoholism or drug use, please contact us by phone or email to schedule a consultation. We are here to help. Visit our alcohol rehab center in Thousand Oaks, CA at 6918 Owensmouth Ave Canoga Park, CA 91303. 24/7 Admissions (818) 722-9019. On-Site Contact (818) 806-3914.