At Restore Treatment Center, we offer a range of aftercare services that provide continued support and therapy to those in recovery for co-occurring disorders.

What Are Co-occurring Disorders?

Co-occurring disorders are very common and are often the leading cause of relapse in people suffering from addiction. The term ‘co-occurring disorders’ is used to describe the existence of both an addiction and a mental illness. These two disorders are commonly intertwined because one can often fuel the other. Although co-existing disorders are quite common, they frequently go undiagnosed. For the many people trying to overcome drug dependence or alcoholism, an unknown mental illness may be at the root of relapse and despair. Research indicates that a strong connection between addiction and mental illness exists, as a large percentage of people struggling with a mental health issue also report some form of substance abuse problem.

Conventional treatment methods tend to isolate one problem and leave the other untreated. However, at Restore Treatment Center, we believe that in order for a person with a dual diagnosis to be successful in recovery, both conditions must be addressed concurrently through specialized care.

The Prevalence of Mental Health Issues in Addiction Treatment

Co-existing mental health disorders are common in the world of addiction treatment. Addiction and mental illness affect brain functioning differently. However, many times both these illnesses can have similar effects on the way in which the brain functions. People with a dual diagnosis are typically more sensitive to the effects of addictive substances. Alcohol and drugs also have a more adverse impact on one’s behavior and mental stability.

Statistics show that 45% of people struggling with substance abuse or addiction, also have a mental health disorder. Conversely, it is estimated that as many as 51% of people with a mental illness also identified as having at least one co-occurring substance use disorder.

Almost 8 million Americans are living with a dual diagnosis. However, only 7.4% of those individuals receive the appropriate treatment to address both problems adequately. Traditional treatment systems tend to focus on one problem or the other, but not both.

There are a number of mental health disorders that are more 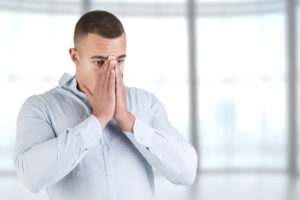 likely to be paired with addiction than others. These include:

How Are Co-existing Disorders Treated?

Dual diagnosis treatment uses a combination of rehabilitation programs and therapies, which are specifically designed to address both conditions simultaneously. Prescription medications may be administered to help treat the underlying mental health disorder. The type of medication used must also take into account the co-existing substance use disorder. Likewise, specialized counseling and behavioral therapy are also needed in order to address both the mental health issue and the psychological dependence on the drug of abuse.

What Happens After Treatment?

Completing a rehab program is a significant achievement, but once a person returns to independent living, it is important for them to have an effective aftercare plan in place. At Restore Treatment Center, we offer a range of aftercare services that provide continued support and therapy to those in recovery for co-occurring disorders.

Some of our aftercare services available include ongoing counseling and access to group therapy meetings. For some addicts seeking recovery, medication monitoring may also be required, along with access to a variety of alternative therapies to help promote relaxation and stress relief.

If you are battling both an addiction and a mental illness, and have a strong desire to put an end to your suffering, Restore Treatment LA can provide you with the care and support you need.