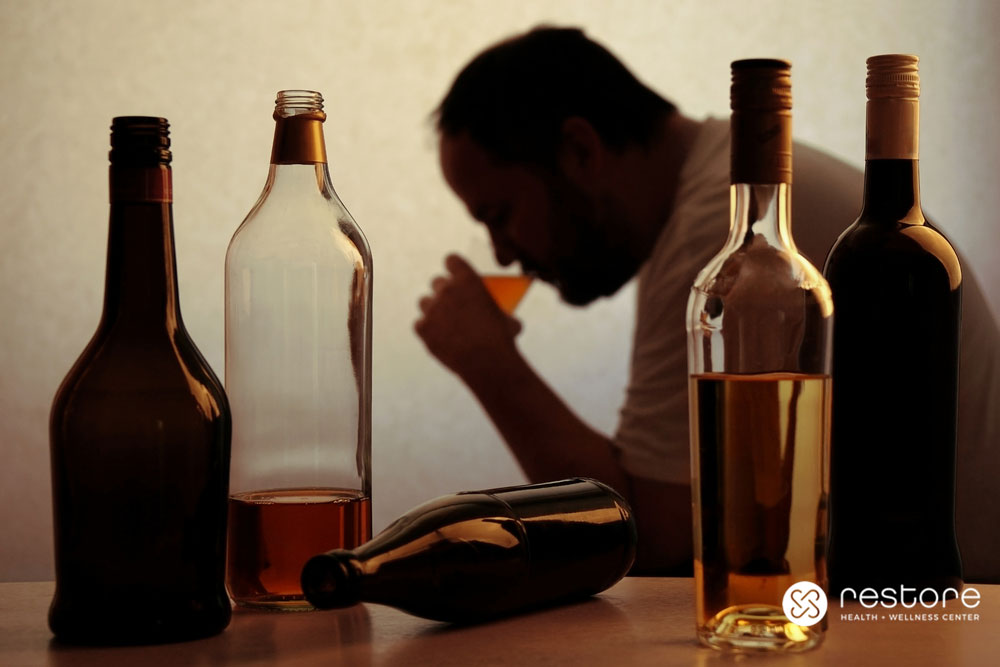 How Long Does It Take To Detox From Alcohol?

When people start drinking they rarely consider the consequences of alcohol addiction. Over time, casual drinking or even occasional binging can turn into a full-blown addiction. Unfortunately, many people do not realize that being an alcoholic is not a criterion for experiencing alcohol withdrawal. This can be extremely unnerving for someone coming to terms with how much alcohol they imbibe, as well as for those who have yet to acknowledge their problem. Similarly, one does not necessarily need to be in treatment to experience alcohol withdrawal.

The onset of detoxification typically occurs within eight hours of the last drink and usually lasts anywhere from 5 days to 1 week. However, those with severe alcoholism may find their symptoms lasting for 2 to 3 weeks or more.

What Happens During Alcohol Detox?

Many do not realize the severity of alcohol withdrawal syndrome. If not treated properly, alcohol withdrawal can turn deadly. As with any illicit substance, drinking alcohol frequently and/or for prolonged periods of time creates a chemical dependency. When the substance in question is removed from the system, the brain’s neurotransmitters go into shock. This is because alcohol affects multiple neurological pathways, suppressing the brain’s neurotransmitters and causing detrimental neuroadaptions. Removing it causes the system to rebound, which is when withdrawal symptoms are exhibited.

What Are The Symptoms Of Alcohol Detox?

DT is one of the most serious symptoms of alcohol withdrawal. Colloquially known as “the shakes”, this nasty condition typically occurs in people who have consumed heavily for a decade or more and stopped suddenly. Symptoms typically occur within two to four days after the last drink, though in some cases they have been reported to occur up to ten days after.

The precise causes of DT are somewhat contested, but most experts agree that one of the primary causes is due to the fact that alcohol interferes with the body’s regulation of the neurotransmitter GABA. The theory is that heavy drinking fools the body into thinking that alcohol is actually GABA, which in turn results in decreased production of the latter. When alcohol is removed from the system the body misinterprets it as a lack of GABA, which then leads to DT.

DT is often treated by way of hospitalization, which enables the patient to be monitored. Doctors will typically use a benzodiazepine to sedate the patient, which suppresses the nervous system and reduces the overall symptoms.

How Long Is The Detox Process?

One of the first questions asked by those experiencing withdrawal symptoms is how long the symptoms will last. Unfortunately, the answer is that it differs from person to person. Many professionals agree that the onset of withdrawal usually takes place within eight hours of the last drink, though it can also occur a day or so later depending on the person’s body chemistry. Symptoms usually last anywhere from 24 to 72 hours but can last weeks.

For individuals with mild to moderate alcohol addiction, detox can induce withdrawal symptoms such as insomnia and anxiety. Withdrawal effects peak around 72 hours, with symptoms subsiding after 5 to 7 days. On the other hand, those with severe alcohol addiction will notice a longer detox process as well as more severe side effects, such as DT.

As mentioned, alcohol withdrawal affects everyone in a slightly different manner. As such, the length of withdrawal is dependent on several factors. The first and most obvious is the amount of alcohol consumed, followed by how long the person has been drinking and whether they drink on a regular basis. Other factors include nutritional specifics, weight, age, and whether or not the alcohol was ingested along with other substances. Another important factor to consider is whether the person experiencing withdrawal symptoms has any other mental health issues (ie, depression, anxiety, etc).

If you or someone you know is struggling with alcohol withdrawal, it is imperative to consult a professional and seek medical attention. If the person in question is experiencing delirium tremens there is a 5 – 15% chance they could die. This is one of the main reasons professionals agree that the safest and most effective means of treating alcohol abuse is by checking into a rehab center and remaining under observation until the symptoms are under control. However, it is important to be aware that most treatment centers require appointments, so plan accordingly. If you are a heavy drinker, it would be best to gradually decrease your drinking until you can enter a facility.

If You Have Alcohol Addiction, Don’t Detox At Home

As mentioned, those with severe alcoholism will experience perilous withdrawal symptoms. If this is the case, detoxing at home is a very bad idea. This is largely because unexpected withdrawal symptoms can occur, leaving the person experiencing them with no idea what is going on.

Fortunately, the solution is as simple as checking into an alcohol rehabilitation clinic. The trained medical personnel at these locations are more than prepared to provide a safe and secure space for individuals to detox. The process could even be expedited with medication, but only in certain circumstances. For example, someone experiencing symptoms of DT would likely benefit from benzodiazepines, which would help them sleep, keep their agitation at bay, and prevent seizures. Consult a medical professional to determine which treatment option is best for you.

Once a person has completed detox, they usually enter some form of outpatient treatment. This gives them a space to work on altering their perception of alcohol and controlling their desire to drink. Many of these facilities also provide alcohol addiction counseling, which is an effective means of identifying the problems that led to alcoholism in the first place. These sessions can occur in a one-on-one or group setting.

In addition to alcohol addiction counseling, many facilities provide cognitive behavioral therapy. This form of psychotherapy addresses behavioral problems associated with alcohol (and addiction in general). Like counseling, cognitive behavioral therapy is an effective means of localizing the factors that gave rise to excessive drinking. Typical factors include thoughts and feelings, which can be effectively be managed by identifying triggers and learning how to cope with stress. Learning to manage the latter two factors will also minimize the chance of a relapse.

At Restore Health and Wellness Center, we strive to help individuals affected by alcohol and drug addiction. We believe that anything is possible when humans collaborate to bring out the best in one another as opposed to promoting interactions that yield negative emotions. This manifests in our belief that positive human interaction is the most potent antidote for addiction. If you or someone you love is struggling with drug or alcohol addiction, please contact us to speak with an addiction specialist who can assist with finding and maintaining sobriety.