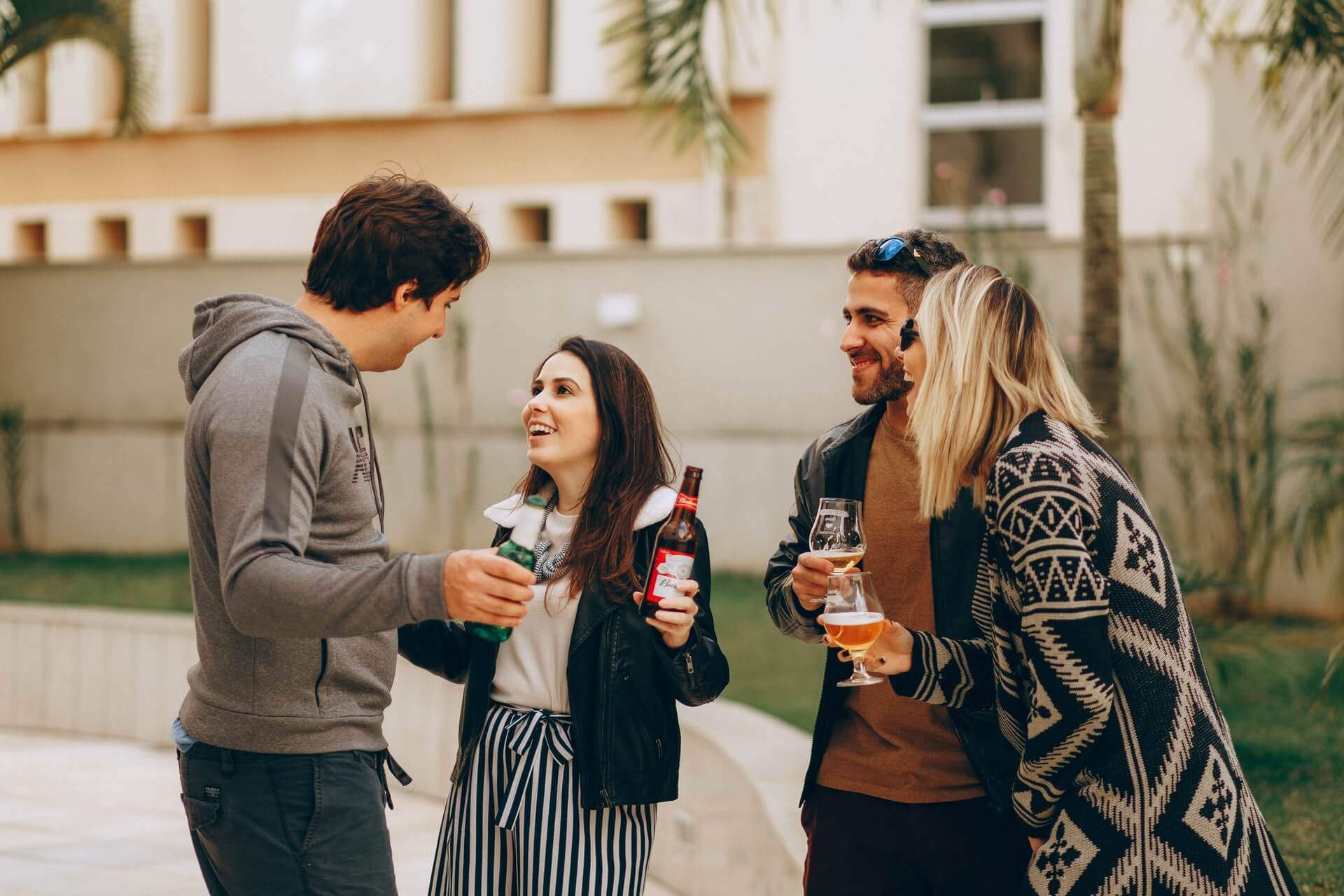 Alcohol, usually found in beers, wine, and spirits, is a recreational substance which causes addiction and drunkenness. With its wide accessibility through beverages, alcohol is consumed and enjoyed by most Americans, including those who are below the age of legality in most states.

Dangers of underage drinking are often undermined by teenagers. Unaware of the threats that alcohol poses, they are much susceptible to drinking problems. Although alcoholism can be prevalent at any age bracket, underage drinking causes problems to various teenage aspects, such as school and social life. Harmless as it may seem, early consumption of alcohol creates a culture among the youth that has severe repercussions to individual health and even to the sober community.

Reasons For Alcohol Use

Aside from the image and perception of alcohol among the youth, certain situations give them the motivation and opportunity to consume alcohol. Without taking into consideration possible negative outcomes, teenagers tend to explore heedlessly and be easily swayed by people around them. Some reasons include:

Underage drinking is the consumption of alcoholic beverages or booze by individuals who are below the age of 21. Although it is illegal, a widespread culture of alcohol consumption has been dominant in the recent years.

As underaged drinking is a violation to the law, risks of underage drinking include legal repercussions, such as community service, fines, and jail time.

Alcohol consumption of teenagers usually takes place without adult supervision and outside family premises. Coming in the form of house parties, drinking sessions can lead to drunk driving, which can then turn to revocation of license and fatal road accidents.

Binge drinking, the excessive consumption of alcohol in a single session, is a common habit observed in these moments. Aside from heavy intoxication, this can lead to bodily impairments, and alcohol poisoning in worse cases. As alcohol poisoning potentially leads to death, it occurs through changes in breathing, heart rate, and body temperature of an individual.

These consequences, however, are just the immediate effects of underage drinking. The teenage drinking culture, through friend groups, shapes habits and beliefs towards alcohol consumption. Long term impacts dealt by drinking patterns remain hidden, and are unknown to the concerning teenagers.

As these signs can further develop into severe health and social concerns, the role of sober and caring family members at home is significant in starting a person’s road to recovery.

Other Repercussions of Teenage Alcoholism

As adolescence is the age when people are not afraid to experiment, to be reckless, and to be curious, they become more inclined to experiencing negative consequences, both as a doer or a receiver. These dangerous outcomes include:

In addition to these possible serious outcomes, health complications, such as liver diseases and brain damage, should not be taken lightly. Alcohol in itself is addictive and dangerous to our body when taken excessively.

Although alcohol causes irreversible consequences and outcomes, early prevention and treatment can still improve the lives of  our young loved ones.

The role of family members, teachers, and peers are important in the upbringing of individuals. Although this does not entirely remove the possibility of underage alcohol consumption, a healthy home and friend environment which they can trust, increases the chance of a young individual to resist negative social pressure. Having open discussions regarding these enable teenagers to make judgement for themselves, while considering all effects, both positive and negative, on them.

In addition, determining and supporting the hobbies and interests of an individual decreases his or her attention to activities with potential negative consequences, such as drinking. Staying busy with engaging and healthy activities also give them the opportunity to meet peers with a better influence in their lives in school and in the neighborhood. A support system that is honest and trusting enriches their habits and our relationship with them.

Taking a Step Toward Recovery

Fortunately, it is not too late for anyone who is currently experiencing drinking problems to start getting clean. It is possible to restore hope and save the lives of people we care for. All you have to do is take the first step towards the life you dream for them.

Restore Health and Wellness Center has a variety of treatment options, all carefully designed to address each individual’s concerns. Brighter days await our young loved ones. If you’d like to know more, give us a call at (818) 405-8656 or visit our alcohol rehab center in Simi Valley, CA at 6918 Owensmouth Ave Canoga Park, CA 91303.