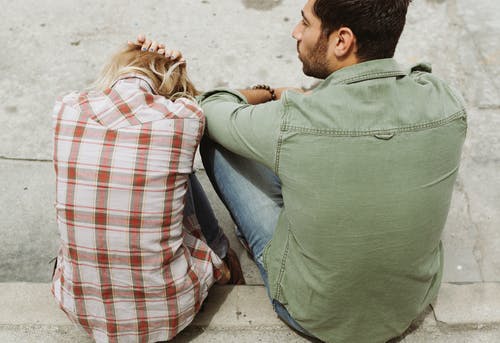 Globally, drug use has been rampant with over millions of lives affected. According to the United Nation World Drug Report, as of 2019, an estimated 35 million people are suffering from the adverse effects of drug use, and that drug treatment services are highly necessary.

With the pandemic, this number of drug usage escalated in most countries as reported by United Nations News. This growth during the pandemic has been influenced by the lack of proper education, extreme poverty, mental health issues, wider access to drugs, and the eagerness of drug traffickers.

Drug Use Through The Years

The increasing number of drug use over the years is alarming. Although there are a variety of drugs that people tend to misuse and abuse, the increasing trend of cocaine users all over the world is worth the attention.

This increase of cocaine users is accompanied by a high number of deaths due to cocaine overdose. Solely in the year 2016, there were 63,632 reported deaths caused by drug overdose wherein cocaine and other stimulant overdose has depicted the largest increase among other drugs.

Beyond knowing the statistics, another reason for you to be knowledgeable about cocaine is for you to avoid this drug at all costs.

Therefore, this blog presents a list of FAQs about the effects of cocaine that will be helpful to you in various ways.

Every drug, as it enters your body, creates changes in it. But with drug misuse and addiction, the drug that enters the body causes serious harmful effects because it disrupts the regular and healthy functions of the different organs, particularly the brain. This causes chronic brain disorder targeting the brain circuits that affect self-control, stress, and reward functions.

Cocaine commonly known as “coke” is an addictive stimulant in the form of fine white powder or crystal that tricks the brain to produce higher and usual amounts of biochemicals that bring extreme happiness to its users.

As abusively taken, cocaine leads to long, short, and harmful effects to the body, and here are some of those:

As the brain is exposed to positive stimuli, the brain produces a neurotransmitter called dopamine or the “feel good or happy hormone” which sends a natural reward to the brain. Aside from the common sources of dopamine such as food and other pleasurable activities, a drug like cocaine is another stimulus that controls the brain to produce an enormous and abnormal amount of dopamine. This brings a sudden feeling of extreme happiness that intensifies the high feeling for its user. Using cocaine allows you to feel a short-term surge of feeling high.

The cocaine drug generates different short-term changes in your body 15-30 minutes after intake. These changes eventually die down along with the effect of the drug. Taking cocaine can boost your heart rate that causes a rapid feeling in your chest. Also, your body temperature increases together with a high level of energy. You may also notice dilated pupils and a low appetite.

Aside from the temporary physical changes caused by cocaine, this also results in unpleasant effects on the body. You may feel dizziness and nausea causing you to vomit which is accompanied by headaches. In addition, since the drug disrupts the usual brain activities, hallucinations may also occur. There are also tendencies that you may feel pain in your chest due to the effect of the drug in your heart.

After the drug has died down in your system, the dopamine level also decreases and you may suddenly feel extremely low. This is also called the “crash” because the high level suddenly dropped. With all the sudden high levels of energy, heart rate, and temperature, as well as the low appetite, the opposite now occurs. The short-term effect of cocaine causes fatigue and sudden hunger or high appetite. This feeling turns users to becoming dependents because they prefer to feel high rather than low making you crave more cocaine.

As discussed earlier, cocaine as a positive stimulus triggers the brain to release dopamine to the point that it produces abnormal amounts of dopamine. With misuse and abuse, the brain becomes dependent on cocaine in producing dopamine over time. Changes in the production of dopamine are one of the long-term effects of cocaine usage. Without cocaine, the brain no longer normally produces dopamine on its own which causes depression, irritability, and anxiety.

The brain is not the only organ affected by cocaine in the long-run. Almost every part of you experiences health problems. Since cocaine may be taken by sniffing, long-term usage causes damage in the nose that leads to loss of smell, nosebleed, and others. But if you take it by injecting it into your body, the possible health problems you may encounter in the long run are blood-borne diseases like HIV, blood poisoning, and heart problems.

Substance abuse, like misuse and abuse of cocaine, can lead to social problems that affect your life, family, and social interactions. With the different issues confronted caused by cocaine usage, the problems transcend with the people around you too. Relationship problems and conflicts, divorce, inability to bear children and other behavioral changes that affect your interactions with others are some of the negative effects of cocaine.

Using and abusing drugs can burden you financially and even empty you and your family’s pockets. Drugs like cocaine are so expensive that the more you use them in the long run, the more they empty your pockets. Even without money, you will find means to take cocaine-like stealing and borrowing money which will eventually drain your pockets as well as other people. Also, since you are already highly hooked on the world of drugs, you tend to forget your work responsibilities, if there are any, leading to poor performance and unemployment.

Since the body is already used to the amount of cocaine you take, then suddenly there are changes in the intake, cocaine withdrawal happens. The symptoms include depression, restlessness, and intense cravings for cocaine. Your body feels unstable from all the changes it feels and may even take a toll on your body permanently.

The worst effect that cocaine may cause you is death. Drugs can kill you in so many ways. You may physically die because of cocaine due to overdosing. The risk of suicide is also evident in users because their brains are already wired differently. You may also experience the death of your soul because you can no longer live the same normal life you once lived.

With the continuous increase in the statistics of drug users, drug addiction, and death due to drug overdose, we can’t avoid asking ourselves, “Is using drugs really that good?” It is undeniable that drugs bring temporary joy to their users to the point that they even put their life on the line just to feel it. However, we cannot also hide the fact that drugs like cocaine cause more harm than good to anyone, as seen in the list above. Both short-term and long-term effects of cocaine are harmful and involve the physical, social, and mental aspects of human life.