Posted on March 21, 2022 by Restore Health And Wellness Center 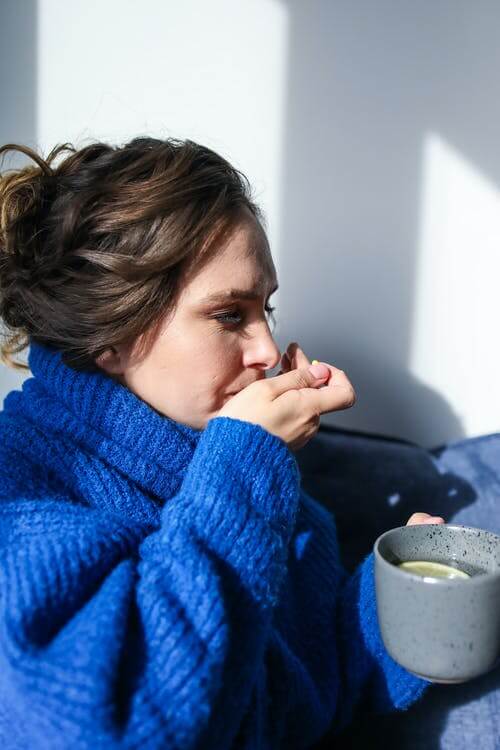 If you have been suffering from seasonal allergies when the time comes once again, you would be stuck with the works – a runny nose, itchy eyes, and tons of sneezing. 13-14% of children and adults in the U.S. experience nasal allergy symptoms accordingly. These symptoms include sneezing and a stuffy or runny nose. It is also noted that 30% of Americans suffer from eye irritation due to pollen. These allergy symptoms are experienced by some people seasonally, while others have them all-year-round.

People with allergies rely on allergy medications also known as antihistamines —this is to help alleviate their allergy symptoms. Now, you’re here to ask whether it is safe to take them with alcohol instead of water.

How Alcohol Affects People With Allergies

When you have allergies, you take antihistamines, right? It minimizes the amount of histamines in your body to alleviate your allergy symptoms. So what are histamines? These are chemicals released by cells in your immune system that could cause allergic reactions.

Studies have shown that histamines will form when alcoholic beverages are made. Imagine consuming alcohol —which creates histamines and then drinking some medication; this would surely counteract the effects.

More research says that consuming alcohol might trigger an allergic reaction especially if you have asthma. Another Swedish study says that alcohol might worsen nasal allergy symptoms.

Major Side-Effects Of Mixing Your Allergy Medicine And Alcohol

Before going further with the major side effects of antihistamines mixed with alcohol, let us compare first and second-generation antihistamines.

First-gen antihistamines like diphenhydramine can affect the central nervous system more than second-gen antihistamines. This means that they are prone to causing drowsiness, confusion, and compromised thinking.

When you consume alcohol, it directly interferes and impacts your brain communication which creates initial feelings of happiness and excitement. When you take excessive amounts of alcohol, it can surely lead to confusion and lethargy. In some extreme cases, drinking too much alcohol might lead to coma, even death.

Let us discuss the ten major side effects seen in most antihistamines below:

Antihistamines have side effects in themselves, let alone when combined with alcoholism. Sedation, drowsiness, and even loss of consciousness might impair your coordination and especially your reaction speed.

Combining antihistamines with alcohol can increase the chances of impairing your senses which could end up being life-threatening because of the chances of getting into accidents.

Both alcohol and antihistamines can dehydrate your body separately, but when mixed together, imagine what can happen! You’d have a higher risk of dehydration which would increase discomfort and even worsen a hangover.

And being so accessible, the chances of using it for something else is inevitable. It is known that antihistamines are used as a sleeping pill that could easily work the other way and disrupt your sleep and cause you to be dizzy or disoriented.

Antihistamines blocks the action of a neurotransmitter called acetylcholine. Acetylcholine is necessary for learning and memory, so blocking its action may temporarily impair these processes.

Antihistamines may interact with other types of medication especially prescription drugs, which can heighten the side effects.

Taking these other types of medications with alcohol could also increase the risk of side effects.

Examples of medications that may interact with antihistamines include

Some types of medication, including cough syrup and laxatives, also contain alcohol. They can include up to 10 percent alcohol, which may interact with antihistamines.

As a consequence, taking antihistamines with these medications when consuming very small amounts of alcohol may still increase the risk of adverse side effects.

In general, females are more susceptible to alcohol-related harm. This is because their bodies typically contain less water for alcohol to mix with, meaning that the same amount of alcohol would be more concentrated in a female than in a male.

Mixing antihistamines with alcohol may be particularly hazardous for females, as consuming smaller amounts of alcohol could trigger adverse interaction effects.

As you age, your body’s capability to break down alcohol could be slower than when you were younger. Therefore, the risk of harmful interaction between alcohol and antihistamines in your body increases profoundly.

A study in 2018 found that excessive consumption of alcohol is associated with a higher chance of dementia, especially in older people. There is a greater chance for dementia when someone consumes large amounts of antihistamines and alcohol over time.

If you’re taking any medications—either those prescribed by a doctor or over-the-counter cold and allergy medicine—it’s not a good idea to drink alcohol. Often, the medication label will warn you not to—because of the possible dangerous side effects. Read the label! You’ll find lots of good info, like

Because the drug label information can be confusing, it’s a good idea to talk to your doctor or pharmacist about what side effects you might experience and not mix medications and alcohol.

Here’s what can happen:

Knowing that there is a problem is important, but learning that you can accept help from professionals like Restore Drug Treatment LA is also something you need to remember. Facilities like us know where help is needed and know answers when questions arise. Give us a call anytime for questions and concerns. We are always ready to help!