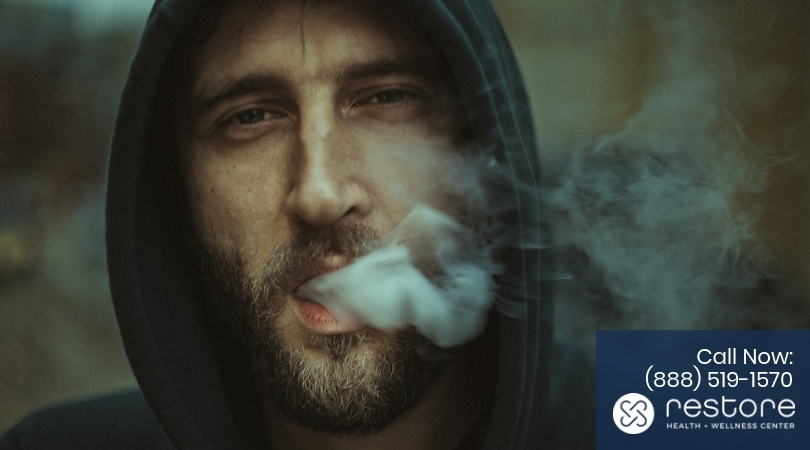 Is Smokable Alcohol a Problem?

Smoke-able alcohol is one of the newest dangers of substance abuse. This method of “ingesting” alcohol (taking alcohol into the body) is very similar to the method used to smoke “crack” cocaine.

Smoking a substance bypasses the “swallowing” gastro-intestinal pathway process where normally, alcohol is absorbed through the stomach lining and circulates through the liver and bloodstream before reaching the brain.

What is Smokable Alcohol?

Smoking any drug, including alcohol, allows a direct user to take a shortcut to the “effect” they are seeking – the brain receives the drug used much more quickly and the effect is experienced as more powerful. These “Fast and Furious” results create very powerful associations in the brain that can put the development of addiction into over-drive by over-stimulating the “liking” and “remembering” parts of the brain involved in addiction.

When inhaled, the alcohol follows the route oxygen typically takes to the brain: it goes from lungs through the pulmonary vein to the left atrium, then to the left ventricle of the heart, and finally up directly to the brain.

Alcohol is in the “Sedative” class of drugs and is a central nervous system (brain and spinal cord) depressant. It interferes with the brain’s ability to “run” the body and the mind: speech gets slurred, coordination is lost, reflexes are dampened, muscles relax, thinking is slowed. Even the ability of the brain to automatically control breathing and heart rate slows and can come to a stop if enough alcohol is on board. That’s why smoking alcohol and “guzzling” alcohol is SO dangerous – the effect is very important and speed can kill. A person must rely on their liver to “clear” alcohol from the body. It takes roughly an hour for the human liver to process one “average” drink. It’s way too easy to get ahead of oneself by smoking alcohol.

Smoking alcohol can make the exact amount of alcohol used very difficult to regulate. As a result, there can be a much higher risk of overdose for a person who is smoking rather than drinking alcohol.

Naïve drinkers-mostly young people are traditionally more at risk for alcohol overdose, as they tend to quickly “gulp” rather than “sip” alcoholic beverages. Alcohol overdoses occur more in this age group than in older persons. It is even riskier for a naïve alcohol user to smoke alcohol.  When alcohol is swallowed, at least the process of drinking the alcohol delays the absorption (mostly from the small intestine) and circulation of alcohol to the brain. The delay in the effect on the brain can allow some time for those close by to react to signs of overdose. Smoking alcohol gets the drug to the brain very quickly and removes even this slim margin of safety.

The Dangers of Smokable Alcohol

We know that the brain does not respond well to rapid changes it’s it in its environment  – sudden changes in its chemical environment, it’s position within the skull, and in the temperature to which it is exposed can have a very unfavorable and long-lasting effect, even life-threatening ones.

There is little research on the effects of smoking alcohol on the respiratory system.

We may anticipate that smokable alcohol has the potential to create a similar drug epidemic as that created by the introduction of “crack” cocaine. While alcohol is not rated as “addictive” as cocaine, this powerful method of alcohol consumption must not be taken lightly.

Excessive alcohol exposure is known to cause serious and often irreversible brain disorders such as Wernecke’s encephalopathy – mental confusion, gait problems/staggering when sober, paralysis of eye muscles. Korsakov’s Psychosis, often seen with Wernicke’s, is marked by persistent and debilitating memory problems and to recall recent information and events. Vitamin therapy can be helpful if there is not too much progression of this state. Patients with Korsakov’s often make things up to try to “fill in the blanks” and they can be very easily frustrated by their trouble with learning and recall. Many people with these problems require supervised living settings for safety reasons.

While proponents of smokable alcohol products and related paraphernalia – yes, that is now a special niche in the alcohol industry – may make claims that smoking alcohol is “healthier because it avoids the liver,” there is still (no pun intended) cause for concern. Those who have already damaged their livers may also struggle with what is known as “hepatic encephalopathy, ”  a brain disorder. When ammonia (a normal by-product of dietary protein metabolism)  builds up in the brain, that causes it’s own brain impairments that smokable alcohol would only worsen.