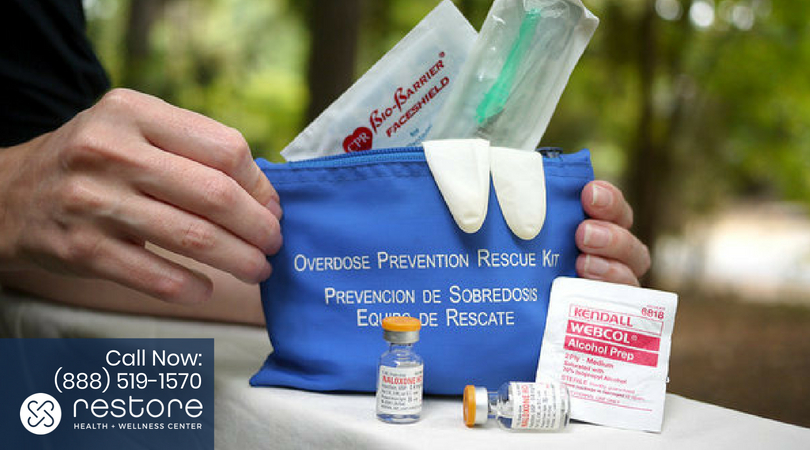 Naloxone Gaining Popularity as Lives are Saved by Police Officials

In the wake of increasing deaths due to the current opiate epidemic, a drug developed in the ’60s is receiving attention around the nation. Naloxone, also known as Narcan, is being used as a lifesaving drug that can reverse the effects of opiates. Death by heroin usually is a result of respiratory failure, as the drug can drastically slow down or even stop breathing altogether. Naloxone counters that effect by blocking the brain’s opioid receptors, often causing immediate withdrawal symptoms.

A number of major cities throughout the US have implemented policies allowing emergency response personnel to carry Naloxone and administer it to drug overdose victims. Police officers are often using Narcan (name brand of naloxone) during opioid overdose emergencies and it’s saving a lot of lives throughout the United States.

R. Gil Kerlikowsi, director of the Office of National Drug Control Policy, calls the prevalence of Naloxone “really very helpful” as a public policy method for harm reduction. California has a new law that allows anyone to ask for the drug by prescription, so that an opiate abuser’s family member, for example, could have the life-saving substance on hand.

Naloxone is administered by injection or as a nasal mist. A related drug, Naltrexone, is also an opioid receptor antagonist, but it doesn’t as effectively reverse the effects of an overdose and therefore is not as useful for emergency treatment. Naltrexone, however, is more useful in a treatment environment, as it doesn’t launch the user into drastic withdrawal symptoms.

Although it is clearly a positive thing that emergency treatment is being made for overdose victims, priority should be given to public policy regarding drugs in general: treating addiction as a public health issue rather than a criminal justice issue. Public awareness, education, and treatment are critical as an alternative to the failing “War on Drugs.” Rehabilitation and job training—after treatment—for addicts who have been marginalized as a consequence of past drug-associated criminal behavior should also be implemented.

If you know of a loved one that has overdosed in the past, it’s crucial that he or she receives addiction treatment from a reputable drug rehab program immediately. Overdoses are often fatal so it’s important to get help as soon as possible before it’s too late. Feel free to contact Restore Health and Wellness Center for a confidential assessment around the clock. Visit our drug rehab center in Encino, CA at 6918 Owensmouth Ave Canoga Park, CA 91303. 24/7 Admissions (818) 722-9019. On-Site Contact (818) 806-3914.