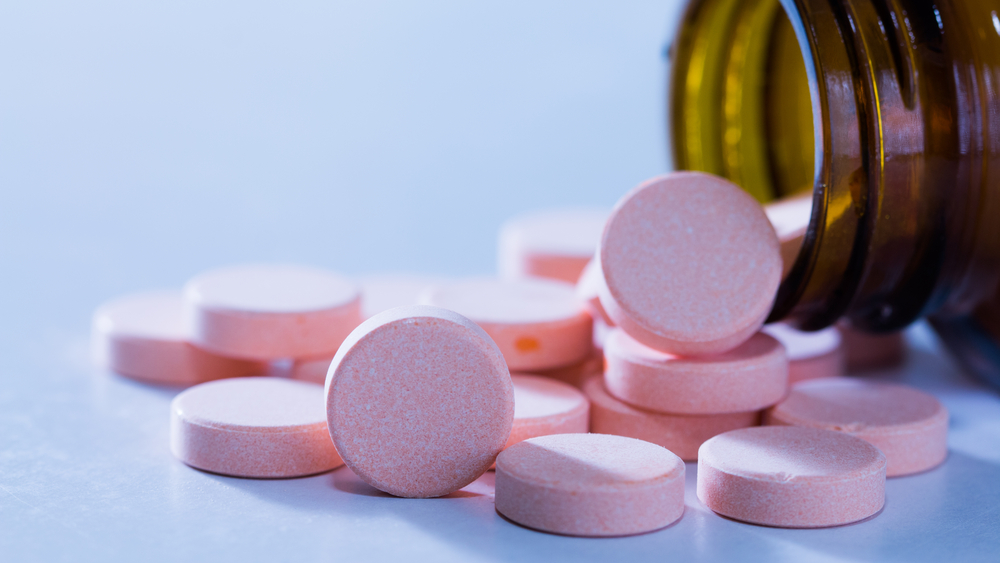 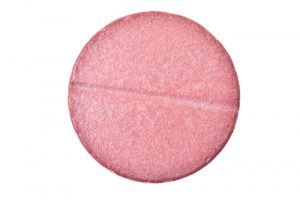 At Restore Drug Treatment Center, we specialize in treating Opana addiction. We provide certified Opana rehab programs that are run by our licensed and highly-trained team of addiction treatment specialists and addiction professionals. Opana is a prescription opioid pain reliever used to treat moderate to severe pain. The active opioid agonist contained in Opana is Oxymorphone. The drug binds to opioid receptors in the brain to affect the way we perceive pain. Opana is a semi-synthetic opioid analgesic, meaning that is made from a combination of natural opiates extracted from poppy plants and synthetics, which use the chemicals from the opium poppy as a base. Today, Opana is one of the most commonly prescribed opioid drugs for the treatment of pain conditions. Due to the high risk for abuse and addictive potential, the FDA classifies Opana as a Schedule II drug. Generally, substances within this Schedule have a high potential for abuse that can lead to severe physical and psychological dependence. If you or someone you love needs Opana addiction treatment, call the specialists at Restore Drug Rehab Center for help today.

There are several opioid painkillers similar to Opana that are prescribed to patients by doctors. MS Contin (morphine), OxyContin (oxycodone), Exalgo (hydromorphone), Duragesic (fentanyl), along with many others are widely used for the treatment of pain. Just as with Opana, these medications also have a high risk for abuse and addictive potential and are also categorized as Schedule II drugs under the Controlled Substances Act. These prescription opioids are all scheduled the same, but some are known to have a higher potential for abuse than others. However, Opana has a lower risk for abuse than OxyContin, yet when the liver breaks down Opana, one of the resulting chemical substances is Oxycodone – the brand name for OxyContin. Regardless, doctors must carefully deliberate on how to treat pain conditions, and which opioid medication – if needed – will be the best fit for the individual patient. A doctor may or may not prescribe Opana based on the circumstances.

Opana has various medical uses, and doctors can prescribe it for:

A person should not take Opana if he or she has:

Opana is a habit-forming drug. The person to whom Opana is prescribed should let the doctor know if he or she:

When seeking treatment for pain, patients should inform the doctor of all health conditions – both past and present –  in the family and in themselves. This can help determine if Opana is the appropriate fit for them. If there is a history of addiction in your family or you have experienced problems with opioid abuse, it is important that you inform your doctor, as Opana use can lead to dependence.

If you were prescribed Opana and later became dependent on the medication, you will need professional assistance in stopping use. Speak with the specialists at Restore Drug Rehab Center to enroll in Opana addiction treatment.

The History and Current Trends of Opana Abuse

Oxymorphone was first developed in the beginning of the 20th century. It was patented in the United States in 1955 and introduced to the market four years later. In 2006, Oxymorphone was released in the form of a pill known as Opana. Interestingly, when OxyContin, a widely abused opioid painkiller, was reformulated to make it more difficult to snort or inject, Opana became one of the most popular drugs involved in pharmacy thefts. In 2012, a new form of Opana was created that embedded the drug in a type of plastic called polyethylenoxide. It was created with the intention of reducing rates of Opana abuse by making the plastic structure crush resistance, and therefore, harder to snort or dissolve. Nevertheless, this did not stop Opana users from grinding down the drug and then dissolving it for the purpose of injection. 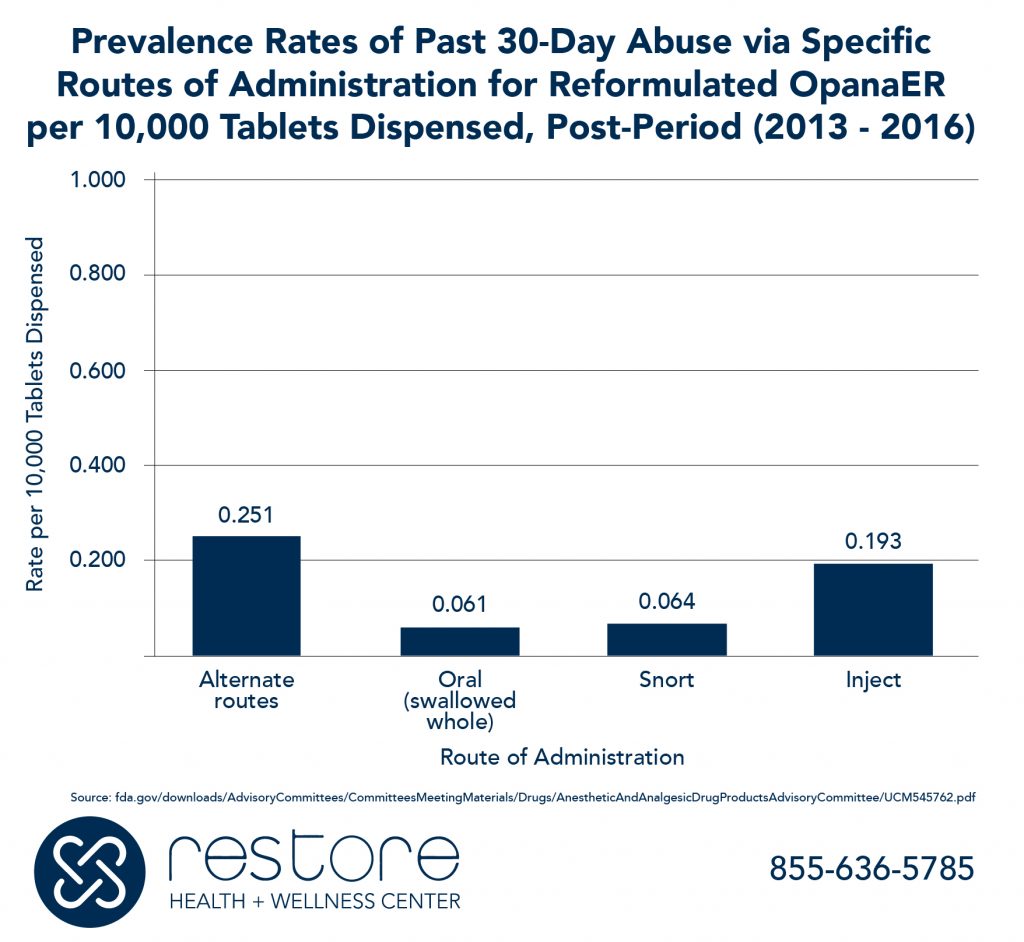 Opana comes in two forms: a regular immediate release formula, and an extended release formula. Immediate release drugs imply the release of the active drug immediately after the pill has been swallowed. Extended release drugs release the active drug into the system slowly over the course of a day. This helps to reduce the frequency of drug administration while keeping the dose of the drug unchanged for the user.

For recreational purposes, the routes for Opana use include:

When snorted, the effects of the drug are more intense and rapid. This happens because the active ingredients bypass the digestive tract and liver, reaching the user’s bloodstream through the blood vessels from the nasal cavity. By working quickly through the bloodstream, the drug’s effects reach the brain faster, making the risk of overdose much higher.

Opana injections involve the use of a syringe to inject the substance directly into a vein. The drug takes effect within approximately one minute, as it is delivered to the brain’s receptors immediately via the bloodstream. Moreover, the extended-release formulas have higher doses of the active ingredient, and therefore, can lead to overdose and even death through this method of abuse. In the US, in 2011 the number of emergency room visits involving Opana increased with 300% over the previous year.

If a person takes a larger amount than prescribed, more frequently than prescribed, or abuses the route of administration, a number of hazardous effects can occur. A person who abuses Opana on its own or in combination with one or more drugs should immediately seek medical help and alert a family member if he or she experiences unusual dizziness, extreme sleepiness, unresponsiveness, lightheadedness, breathing difficulties, or other alarming symptoms. This can be a sign of an Opana overdose, and must not be ignored.

Drug abuse and addiction are distinct from physiological dependence on and tolerance to a drug. Tolerance to drugs like Opana can be manifested via a necessity to use higher doses, in time, to achieve the same effects as before. Signs of physiological Opana dependency can be withdrawal symptoms. Both tolerance and physiological opioid dependence can develop after a chronic or continuous opioid therapy.

Opana addiction is characterized by:

Opana abuse is characterized as the use of the drug in any way other than as prescribed and that presents many dangerous risks. Regardless, the user continues taking the drug to get the feeling of “high” or achieve other effects from the drug. The short-term effects of Opana abuse are similar to general and specific effects of the drug.

Long-term effects of Opana dependence include:

Side-effects that indicate an Opana overdose include:

A person who abuses Opana will eventually make the drug their main priority in life. This may lead to various family and relationship problems, which most often results in breaking ties with the family or loved ones. Purchasing Opana illegally off the street is very expensive, and therefore, users are prone to financial problems. In addition, obtaining this drug illegally can certainly lead to legal problems.

What to expect in Opana Addiction Treatment at Restore Drug Rehab

Stopping the use of Opana can result in serious withdrawal symptoms. Hence, it is important to find a comprehensive drug and alcohol rehabilitation center where the addict would find the most effective treatment for Opana addiction. Opana withdrawal symptoms may be any of the following: vomiting, diarrhea, anorexia, anxiety, restlessness, irritability, runny nose, sweating, chills, muscle pains, backaches, dilated pupils, insomnia, increased blood pressure, yawning, weakness, lacrimation, increased heart or respiratory rate, abdominal cramps, joint pain, and other symptoms. Once the addict feels withdrawal symptoms, the safest thing to do is to seek help at Opana drug rehab centers. 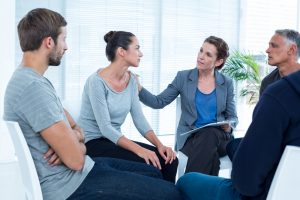 Withdrawal from Opana usually last up to seven days, but symptoms can start within hours of the last dose. The peak of Opana withdrawal typically occurs on the second day. Withdrawal from Opana can take severe forms, making it dangerous to attempt detox at home. Restore Drug Treatment LA provides a 24/7 supervision of clients during the process of Opana withdrawal. Our specialists help to manage the side effects, relieve discomfort and pain, and ensure safety during the withdrawal process. Talking to a trained detox clinical professional is the right step towards choosing the appropriate Opana addiction treatment program. Call Restore Drug Rehab LA to get the advice you need now.

The growing number of consequences that stem from Opana abuse can trigger stronger feelings of anxiety and depression, which will potentially lead to the development of a mental illness. When a mental illness co-occurs with drug addiction, it is known as a dual diagnosis. Because co-existing disorders are all too common in those who enter rehab, Restore Drug Treatment Center offers a variety of dual diagnosis treatment centers. Dual diagnosis programs available in Opana addiction treatment at Restore include:

Why Seek Treatment For Opana Addiction?

Opana is a highly potent drug that risks the possibility of causing an addiction in those who abuse it. Oxymorphone, the active opioid agonist contained in Opana, is 6 to 8 times stronger than morphine. Many people who are dependent on the drug find it incredibly difficult to stop using on his or her own. Someone with a drug dependence of any kind should never attempt to quit cold turkey, as this can result in severe and painful withdrawal symptoms. The Opana addiction treatment programs available at Restore Rehab Center are designed to provide you the most effective tools and recovery tactics for lifelong sobriety maintenance.

Take back what addiction stole from you by starting your recovery today. For help finding certified Opana addiction treatment, call the admissions counselors at Restore Drug Treatment Center today.