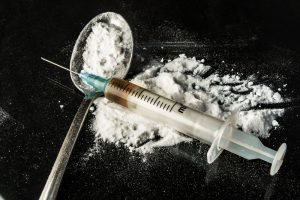 Heroin is a highly addictive and illegal substance produced from morphine, a drug processed from the poppy plant. Use of this drug is exceedingly dangerous and poses a high risk for addiction. Heroin abuse and addiction effects millions of American’s each year, causing many to suffer devastating, if not deadly, consequences. If you or someone you love is struggling with heroin dependency, it is important to obtain professional support from a licensed and certified heroin drug treatment rehab center. Without help from trained addiction specialists, overcoming heroin dependence can be impossible. Fortunately, Restore Drug Treatment Center has a wide selection of highly developed programs available for you to achieve success in treatment and prosper throughout your life in recovery.

In 1874, an English chemist synthesized the early versions of heroin from the highly addictive opiate painkiller, morphine, but it was not commercially produced until 1898 for pharmaceutical purposes. Heroin was originally manufactured with intentions of making it a replacement for morphine, as this was widely abused in the past. However, heroin quickly proved to also have an exceedingly high addictive potential, as well as grave risks when used. Thus, it became an illegal drug in the United States soon after. Heroin takes on many forms, including:

How is it Abused? 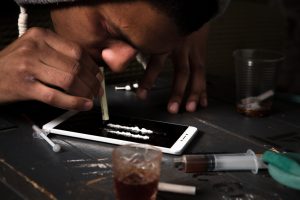 Heroin is often abused by smoking it, shooting it up through injection, or snorting it after being crushed into powdered form. Each of these techniques takes effect on the body at varying speeds. For example, injecting heroin directly into the bloodstream produces the most potent effects at the quickest rate, whereas the method of snorting takes slightly longer to deliver the full extent of the high. Many heroin users opt for smoking or snorting as their preferred method of administration, as the risk of contracting blood-born illnesses such as HIV/AIDS can be avoided through these route. Conversely, overdose and death are still two very real threats linked to all three methods of abuse.

World Health Organization (WHO) revealed that, in recent years, heroin has been held responsible for a sizable portion of drug overdose related deaths and has contributed to mortality rates related to Acquired Immunodeficiency Syndrome (AIDS). The Center for Control and Prevention (CDC) also states that heroin deaths have doubled across 28 states in the United States.

What Effect Does Heroin Have On The Body?

Heroin is an analgesic drug formulated from morphine. Heroin is very addictive and gives the abuser an artificial sense of euphoria. Heroin does more harm than good to our bodies, while producing:

Heroin abuse often leads to many health problems and complications, some of which can turn a user’s life completely upside down in a short period of time. While it may seem like a quick escape from reality for some, Heroin can actually have lasting physical effects on the body, such as:

It is imperative that the public be made aware of these and the many other adverse consequences that result from heroin use and addiction. People who struggle with heroin dependence are advised to receive a full continuum of care, meaning a recovery plan that includes detox, rehab treatment, counseling, and aftercare programs. If someone you love needs quality heroin drug treatment, Restore Rehab Center provides quality care and everlasting power to achieve and maintain sobriety.

What Form of Treatment Is Most Effective At Facilitating Addiction Recovery?

Heroin addiction is a prevalent and growing problem for the United States. In fact, all opioid drugs – which includes prescription opioids – are the cause for what is being considered the worst drug crisis in our nation’s history.

The demand for heroin addiction treatment only continues to grow. At Restore Treatment LA, we have successfully treated countless cases of heroin addiction and opioid dependence. We focus our attention and practice on the quality and effectiveness of the programs offered for this complex form of addiction. 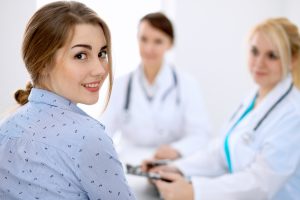 While in a controlled and supervised environment, clients receive the full attention that he or she needs. It is important to have unending support in recovery, especially after you have completed treatment and transitioned back into the world. Restore Drug Rehab LA is committed to your recovery success. We dedicate ourselves entirely to supporting you throughout your lifetime on the journey to recovery.

The sooner you reach out for help, the earlier you can achieve sobriety and improve your life. Start your recovery at the Restore Treatment Center today and finally free yourself from the clutches of heroin addiction.